Aspect closes out its coverage of the 2020 Cosmic Rays Film Festival with reviews of three compelling and complex films from Alee Peoples, EB Landesberg, and Aaron Zeghers, as well as a discussion of the festival’s centerpiece talk from Rachel Rakes. 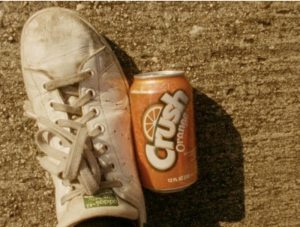 Alee Peoples’ Standing Forward Full is a delightful attack of sight and sound to the senses. From the first few seconds of the film, audiences are invited into an active viewing experience with an eerie soundtrack and a first-person perspective of an uneven walk down a winding ramp. A helter-skelter is described as “an amusement ride with a spiral slide built around a tower.” The viewer is indeed taken on a jarring, helter-skelter-like experience as the film cuts from different rides to slower everyday moments and objects. The continuous dissonant soundtrack gives a dizzying quality that is both disorienting and attention-grabbing. These seemingly random moments in time add to the feeling of the ups and downs experienced on roller coasters while also giving homage to the title of the film through images and objects labeled with the words. Occasionally, the film reminds viewers that life is not all action all the time: there are quiet moments interspersed between the action. The entirety of the film is shot from a first-person perspective, adding gravity to even the slowest of moments. Furthermore, the grainy style in which the film was shot adds an authentic feel to the viewing experience, allowing the viewer to further immerse themselves in the events taking place. In the final few shots of the film, the soundtrack cuts out, fading to that of a live performance of a band at the end of their set. This final shot of the band gives the film a conclusive feeling, the kind that a concert goer would feel by the end of a performance. This association between band and amusement park ride leaves viewers with the sense they have just ended an experience or event, not just a short film.

On the Road and Other Places 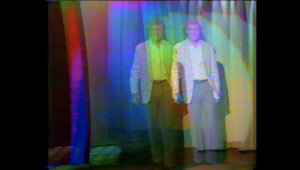 Billed as “a conversation across time,” Elizabeth (EB) Landesberg’s On the Road & Other Places inventively uses archival footage – both personal and popular – to examine the lasting effects of an important personal figure. The subject of the film is Steve Landesberg, a comedian and an actor in TV shows, movies, and advertisements; he is also the late father of this film’s director. In memorializing and exploring her enduring bond with her father, Landesberg presents an assorted collection of home video footage, clips from Steve’s interviews with Johnny Carson, David Letterman, and Pat Sajak, and solemn images of her father’s notes placed in contemporary natural environments, occasionally accompanied by reflective conversations with other family members. The entire film is moving and amiable, though its most evocative image is undeniably its final frame. In solidifying Steve’s love for his daughter and vice versa, the film eventually posits a powerful connection shared through a mutual love of the stage, creating an overlapping image of EB’s performance of a show tune with what appears to be one of Steve’s first late night sets. A connection that was initially framed through memory and reflection now appears to be active and continual; even if both images exist in the past, the impact of that bond endures and remains as strong as ever. 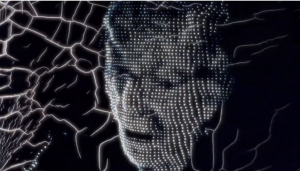 Directed by Aaron Zeghers, Memoirs is a masterful mix of the psychological and anecdotal. The marriage between the two is represented by transitions between image and dialogue from various sources. To start, the film is introduced by a woman telling her story and how it relates specifically to her. The image is grainy and unclear, transitioning to a black screen as another voice speaks on the anecdotal value of stories. The image transitions once again to an image looking as though it is a double-exposed Polaroid photo, not a moving image from a video camera. This trend is followed through most of the film, as Zeghers switches between this image texture, the one introduced as the woman speaks, or a 35mm grain that projects a home movie feel. Memoirs is a creative take on the typical documentary as it traces the roots of a woman and the creation of her home through the explanations of her family. Yet as the story of the woman unfolds, it is told in a usual manner by having the stories of the family members layered over one another, only becoming clear towards the end of the sentence. In these instances of overlapping stories, audiences can grasp the concept that memories and stories are not always the same, even when talking about the same person. However, having a singular narrator by the end of the explanation allows for the idea that, while the details are not the same, the sentiment follows through to the end. The use of the image filters allow for an intimate feel that would normally be obtained in a typical documentary through traditional family interviews. Though the film is short, the final overhead shots of the landscape allow audiences to feel as though they have a little bit more insight on the slice of life built by these characters.